The exhibition „Hello World. Revising a Collection“ at Hamburger Bahnhof was developed by a team of 13 international curators. We asked everyone involved six questions. Clémentine Deliss curated the section “Portable Homelands. From field to factory”.

Which main emphasis or blind spots did you find in the collection of the Nationalgalerie?
Clémentine Deliss: My research focused on artworks and publishing organs that connected German and Armenian 20th century intellectual history and visual art. I was particularly interested in the comings and goings between German artists, scientists and intellectuals to the Caucasus and their Armenian counterparts to Germany. However, I found it difficult to find traces of transcultural alliances that had been built during the Communist period in Berlin’s collections. These traces appear to have been subsumed by the merging of the national collections post-1989. There were barely any signs of collaborations between the 1960s-80s. Nevertheless, the collections provided exceptional material that helped to develop the section ‘Portable Homelands’ and enabled a direct link from Heinrich Vogeler, Armenian publishing organs through to the 21st century.

Which objects did you choose to link your chapter to the collection?
I selected 13 paintings by Heinrich Vogeler. The central works of Vogeler are his “Agitationstafel” or “Komplexbilder”. These were painted from 1923 to 1927 when Vogeler returned to Berlin after his first journey to Moscow. Vogeler created these paintings like ‘visual manifestos’. He sought to educate citizens in Berlin on the advantages of socialism, communal living, and shared investment, ultimately hoping that, like himself, they would emigrate to the Caucasus. I also discovered an exceptional collection of publishing organs that were produced by Armenian artists, writers, and activists around the world. Produced between 1901-1979, these pamphlets, almanacs and magazines enabled alliances to be formed between Armenians abroad. This type of publishing organ throws light on how artists choose to connect to one another today.

Which perspective does your chapter offer for the exhibition as a whole?
The perspective proposed by ‘Portable Homelands’ relates to a better understanding of the rich transcultural networks that artists have created between themselves throughout the twentieth century. Today’s understanding of globalization in the arts often ignores certain parts of the world – such as Armenia – that have been vital hubs for aesthetic practice and scientific developments. The contemporary dimension of this section reengages such transcultural networks by presenting test-works and an archive-in-the-making produced in Dilijan, Armenia by a transdisciplinary group of artists and scientists in the summer of 2016.

What are the connections to your previous curatorial work?
All my work has been concerned with how best to curate connections between artists working in different parts of the world. I began in the 1990s by setting up platforms for conceptual artists working in African cities and their counterparts in Europe. For several years I produced a publishing organ (“Metronome”, 1996-2007) because at the time it was vital to generate professional curiosity between practitioners and to move beyond the curatorial format of the exhibition. For this exhibition, we also produced a publishing organ in Armenia – the Dilijan Arts Observatory newspaper which played an active role in mediating between artists and scientists from different countries during the summer of 2016.

Why is it especially necessary to challenge art history and the idea of a canon today?
We need to challenge the ‘mono-centric’ within art history and that is taking place through this exhibition. The key factor is to recognise how artworks can lead to different dynamics of understanding the worlds in which live, and the alternative hermeneutic conditions that can provide a better awareness of human creativity. To do this means destabilizing disciplinary orthodoxies. This is particularly acute in ethnology. Ethnographic objects need to be interpreted from the perspective of several disciplines and not just anthropology. Likewise, we need to rethink what an archive can become and how to deal with the huge collections that lie dormant and unexplored in so many museums in Europe.

Is there anything in particular that a museum or a collection can contribute to that?
Today’s global condition requires us to rethink collections in museums. Rather than just assume that we are already showing masterpieces and that the 20th century has been sufficiently analysed, it is vital for us to go back into the stores and create new assemblages out of existing collections. This needs to take place in ethnographic museums, which for too long have worked with segregated regional specialisms. Today we need to place objects and paintings next to one another in new ways, highlighting other aspects of the work that conjoins contemporary preoccupations. Our collections are full of unexplored materials and ideas, movements and aesthetic manifestoes. We just need to look at them and bring them back into the limelight. 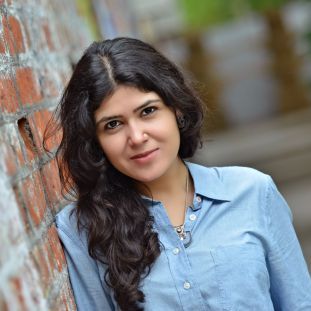 The exhibition „Hello World. Revising a Collection“ at Hamburger Bahnhof was developed by a team of 13 international curators. We asked everyone involved six questions. Natasha Ginwala curated a part of the exhibition that focuses on Indian Modernism. 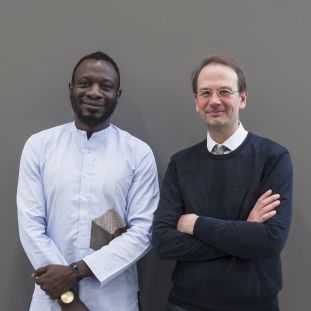 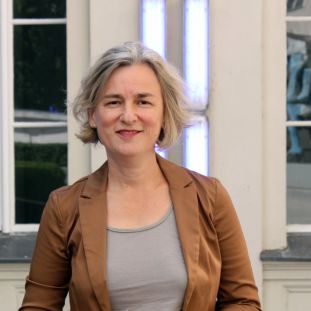